A Proposed Mets Strategy for 2022

This is my own analysis and proposed strategy for next season. It does not consider what some unknown-at-this-point new head of Baseball Operations will do or if some of our under-performing offensive players might be traded. Nor am I suggesting FAs that we might sign...I don’t have a crystal ball.

For the Mets to improve their offense in 2022, there are only a few positions that might be available. Let's make a few presumptions.

let's presume:
1. that they re-sign Baez...he is a special player at bat, in the field, and on the base paths.
He quite likely has the best baseball instincts and baseball I.Q. I have ever seen. Besides, stellar middle infield defense is essential for a team with championship aspirations.
2. Conforto is gone as a FA...we love him, but he was the biggest offensive let-down this season and RF needs to be open for a more consistent hitter.
3. there is a universal DH, and that's where we stick Cano, who we are stuck with.
4. Villar is gone as a FA...to somewhere that will play him every day, and we need an bigger bat upgrade at 3B anyway.
4. Of the players under contract, Dom and J.D. (who both had bad years) need to stay on the bench as the L & R pinch hitters, McNeil (who had a bad year) could be a full-time IF-OF utility man, and our catchers need to remain unchanged despite McCann's disappointing season. What choice do we have.
This would allow us to add a 3B, and two OFs. With the right acquisitions, that could really boost the offense when added to Nimmo, Lindor, Alfonso, Baez, & DH Cano.

For the pitching staff in 2022, starters like Walker and McGill, who have been gassed the whole 2nd half, from having pitched so few innings in 2020, should not have that problem in 2022.
Stroman, who has been our best starter since deGrom went down, is going to get a lot of big offers as a FA. And the thing is, we have 6 returning starters without him...
deGrom
Thor (re-signed)
Walker
Carrasco
Peterson
McGill

And some AAA depth with:
Lucchesi
Yamamoto
Szapucki
Hill (if re-signed)
Trevor Williams
Stock
and possibly up and comers, Josh Walker or Adam Oller could appear in ML by season's end

I'm suggesting we might not try to outbid everyone to keep Stroman as a 7th starter. Spend that money on the new 3B, and two OFs.

FA Hand will be too expensive to re-sign, and doesn't look worth it anyway. FA Heath Hembree is a cheap questionable re-sign. Dellin Betances get bought out.
The remaining pen looked great until they were overused by the 2nd half but I expect some acquisitions and/or trades in building the 2022 pen. Especially to add another closer with Diaz entering his walk year and wildly unpopular with many fans. [personally, I like his electric stuff and his ability to make it look so easy most of the time... as of 9/29/21. he has 31 saves in 37 save opportunities, and not many closers are much better than that...every closer has blown saves.]

I propose that we not suck at hitting and to not give up more runs than we score.

but pretty much everyone wants to see stroman resigned. him walking wont go over well - that remaining rotation would look a lot better if everyone below degrom were pushed down a spot or two

Joey Dirt said:
Somewhere in that mess he said Brad hand would be too expensive to re-sign lmao
Click to expand...

If the FO fails to bring back Stroman then the whole lot needs to be tarred feathered and shot.

I didn't call marcus stroman our 7th starter, merely that re-signing him would give us 7 starters
I like Stroman too, but he will go to the highest bidder and that can only be the Mets if we
cheap out on improving the offense.
Brad Hand made $10,500,000 this season...do you think he will take $2M?
He stunk up Toronto before we grabbed him off the scrap heep.
Last edited: Sep 30, 2021

the offense disproportionately underachieved this year, and maybe you can bank on that not being the case again next year

and in spite of that, pitching carried the team in the first half. we gotta have a good rotation

WarrenSpahn said:
I didn't call marcus stroman our 7th starter, merely that re-signing him would give us 7 starters
I like Stroman too, but he will go to the highest bidder and that can only be the Mets if we
cheap out on improving the offense.
Brad Hand made $10,500,000 this season...do you think he will take $2M?
He stunk up Toronto before we grabbed him off the scrap heep.
Click to expand...

Hand is a $2M pitcher at this point.

Administrator
Hand is a minor league deal pitcher right now. No one is giving him a big contract.

WarrenSpahn said:
Brad Hand made $10,500,000 this season...do you think he will take $2M?
He stunk up Toronto before we grabbed him off the scrap heep.
Click to expand...

You're only worth what people are willing to pay.

the hypothetical idea, helps the farm and improves the on the field team, costs offset each other, give or take. it's important to note bottom line, not the idea that the mets lose overall talent in 1 particular deal. it's the way the puzzle fits in the end that matters.

1.) David Wright and Ike Davis to the Brewers for Casey McGahee:

Mets gain a surplus of $10,222,500. The Brewers can't afford what Fielder will want at first, but already afford Fielder at a higher cost than Wright, so they can afford Wright if they lose Fielder, and gain a 1B in the process as well.

4.) Trade Beltran for prospects to a team needing to add a bat, maybe a DH team in AL, but anyone. Mets agree to pay 9 million of his $19,401,569. Leaving the team acquiring him left with around 10 to pay for the year.

End salary differential between 2010 and 2011=about the samegive or take..

on the field differences between teams

1b: Ike versus Dunn=advantage greatly in favor of 2011 team. Mets finally have a guy who can hit 35 HRS.

overall on the field improvement. Mets get power they desperately need, essentially use crawfords value to replace the less healthy reyes. 2B actually has a guy who can hit it out of the infield. These costs virtually offset each other and the mets get whatever prospects to help build the farm more with their return from reyes and beltran. those farm system kids can develop or be used to add a starting pitcher.


man-for-man everyday player comparison puts the 2011 mets at a plus 3 compared to the 2010 mets.

Did we uncover 2 @JPSchmack burner accounts in this thread?

MackeySasserTheSpeedDemon said:
You're only worth what people are willing to pay.
Click to expand...

HOF'er Who Needs To Retire

Jeter_is_the_Devil said:
Did we uncover 2 @JPSchmack burner accounts in this thread?
Click to expand...

I don't do big elaborate offseason plans, because there's not much sense is making a big plan when one detail can fuck the whole thing up.

And I wouldn't need burner accounts.
I

We would not have 7 starting pitchers if we re-signed Stroman, lmao. There will inevitably be injuries. Megill may pan out. Walker is not an elite club level starting pitcher. Rich Hill sure as hell isn't. We don't even know if deGrom or Thor will be ready Opening Day. Assuming they will ignores essentially every aspect of Mets lore. The Mets lucked out on Bauer. Take that $40 million this off-season and spend it on an elite starting pitcher who doesn't prey on women. Take on a contract in a trade or work out somethin. We're not winning a championship with Walker, Megill, Hill as our back end for the better part of a season.
I

Mets should make retaining Jeremy Hefner a priority this offseason, regardless of what happens to Rojas and the FO.

"Mets should make retaining Jeremy Hefner a priority this offseason, regardless of what happens to Rojas and the FO."

I think we should bring back an old strategy 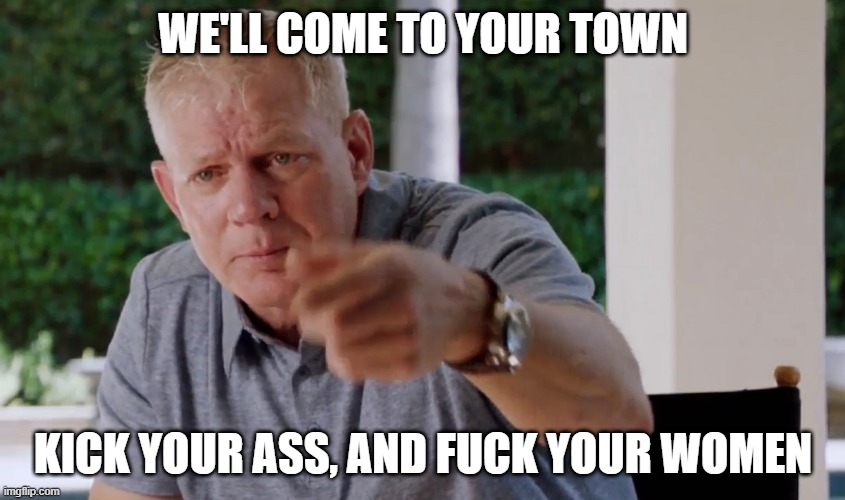 UhOhMaggetteos said:
I think we should bring back an old strategy

To crush your enemies, see them driven before you, and to hear the lamentation of their women.

Please keep Baez and Stroman. Those are my two priorities if I’m the Mets.
Nimmo, Alonso, Lindor, Baez, McCann are fine. It’s hard to imagine Dom and McNeil have any value now so I’d just keep them. Conforto, same idea. I’m kind of looking forward to Cano.
No thoughts on the rest.
My only thought on the pitching is maybe make Thor the closer. Diaz is better suited for mid-game fireman.

If the POBO and/or next Manager want their own Pitching Coach, smell ya later Hef

FONZIE993 said:
If the POBO and/or next Manager want their own Pitching Coach, smell ya later Hef
Click to expand...

I'd say keep him but if the new POBO wants his own guy move Hef up as org pitching guru.
J

Still don't get why we necessarily need to keep cano. Yes he counts against the salary cap for another two years. However to keep him around just for that reason is the old mets way of thinking. If they think he can still be a viable player for us I'm good with that, otherwise he shouldn't be guaranteed a roster spot just cause of money.

Cano will f something up again and be unavailable, cant rely on that dude

FONZIE993 said:
If the POBO and/or next Manager want their own Pitching Coach, smell ya later Hef
Click to expand...